This is not quite a recipe, maybe a serving suggestion? ;)

On Sunday Max and I felt very lazy but still in the mood for some tasty lunch, also a warm and bright Floridian sun was inviting us to go outside instead of spending too much time in the kitchen. Soon a decision was taken, we were going to “get rid” of some Italian goodies we brought from home after the Christmas holidays.

Here is our lunch tray :P 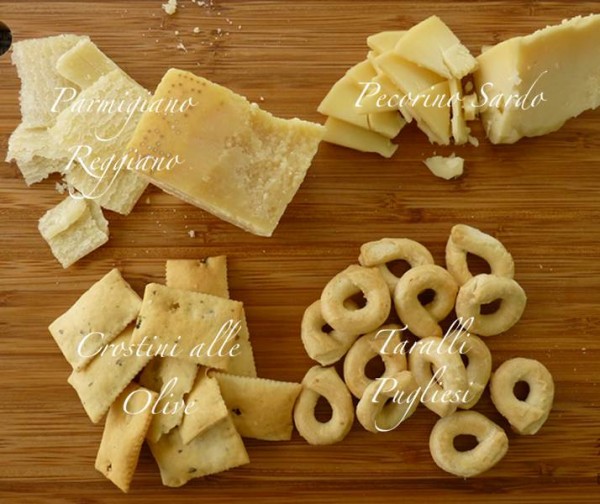 And two types of bread:

I suggest you scout your specialty food store for some of these items, you won’t regret it I promise. Well, you may regret the pecorino sardo if you don’t have a strong feeling for smelly, tasty cheeses ;)