In this little corner of the world there is alway something going on. This past weekend I enjoyed very much going to the International Green Week, in German Grüne Woche. 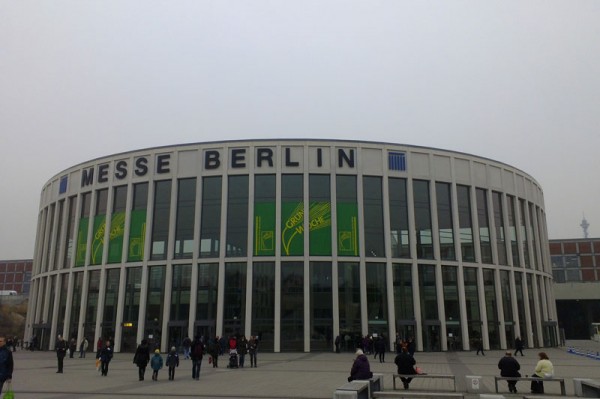 The Grüne Woche is a large fair with international stands from all over the world selling their specialties, mainly food, and drinks. Plus a large section on agriculture and farming, with an eye toward organic food and renewable energy, for example solar energy to power the farms.

They also had cooking shows you could attend to, very nice, but took too much time and given the huge size of the fair I had to skip that.

Tastings were offered all over (some for a small fee of 1 or 2 euros) and were all amazing! Among the other things I had charcuterie from France, sauces from Italy, elk and more charcuterie with a taste of liquor from Norway, a kangaroo-wurst from, well you can guess right?.

The large selection of wines, beers and spirits surprised me, they were appropriately distributed right where you would expect them, for example wine from France and Italy, beer from Germany and spirits from Russia and the Scandinavian countries.

Countless countries were present at the fair, from the famous Europeans (Italy, France, Spain, Germany, Austria, Switzerland…) to many from eastern Europe (Poland, Bulgaria, Romania…) And some that I dare not try to spell correctly, Azerbaijan for example. There was also Peru, and Canada… Canada was offering their famous soft ice-cream… famous? There was a bit of Africa with Morocco and Tunisia, as well as some Asia. Plus of course Australia and New Zealand. Every continent was appropriately represented.

The  Grüne Woche/Green Week started in Berlin in 1926, astonishing. It is too late to go this year, the fair is now over but plan for next year, just take plenty of time, it took me from 3pm to 8pm to visit (almost) the whole fair.

After 5 hours inside the stands we were greeted by this scenery :)