When you embark on a trip with no expectations you are bound to be pleasantly surprised :) 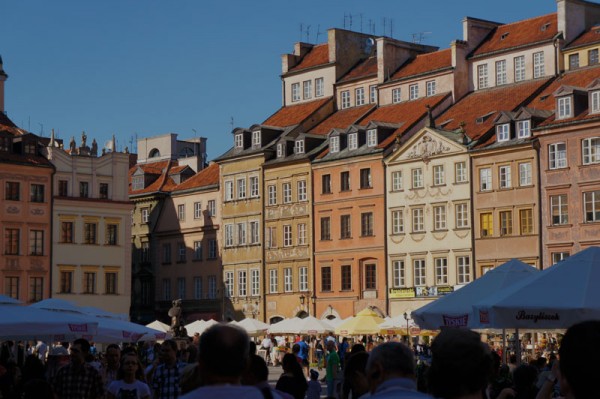 This happened with my trip to Warsaw. I didn’t have much time to organize the trip and I had a hard time finding information in English so I expected to spend a few days eating onion soups and potatoes and touring a brand new looking city given that it was completely flattened by the Germans during WWII. I was sure it was going to be a nice city, just like every capital city but I just didn’t expect anything special.

Well, I couldn’t have been more wrong! 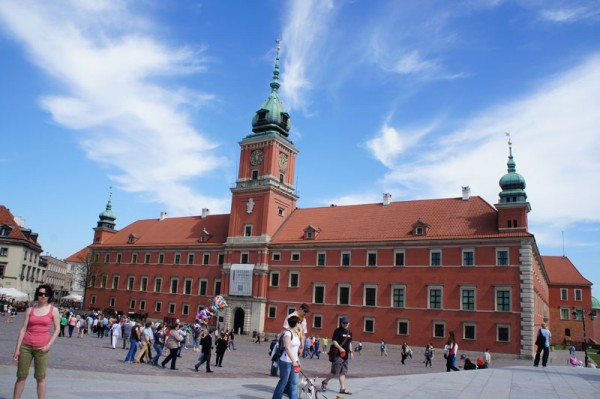 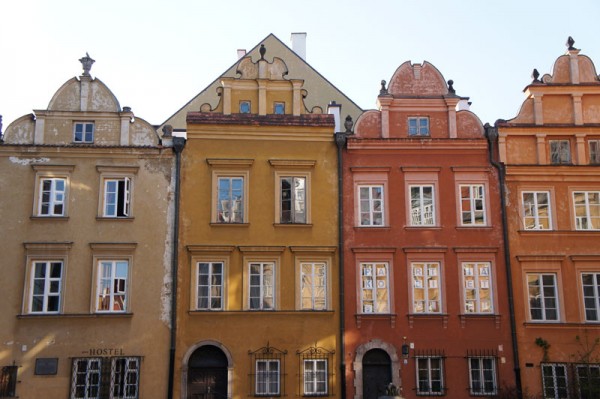 Let me first tell you just a little bit of history. Poland was occupied by the forces of Nazi Germany for almost 5 years. On August 1st 1944 the Poles decided they had enough and put into action an insurrection that they had been planning for a while. August 1st and the following days are remembered as the Warsaw Uprising, part of a larger action across Poland called Operation Tempest aimed to regain power over the occupied territories of Poland. The Poles were counting on the help of Russian forces to beat the Nazi but the Russians had their own plans and didn’t move a finger…

After a harsh battle lasting several weeks during which the Poles fought with their heart for the liberation of Poland they finally succumbed to German forces.

The Nazis are not known for being forgiving and in fact decided to send a message to the Poles, a “never try this again” message: they bombed and demolished to the ground everything that survived the battle in the capital city of Poland.

But the war was soon over and the Poles had their city back (well, almost since they ended up under Russian rulers). If there is one thing I learned from this trip is that the Poles are very proud people. They reconstructed the Old Town entirely, looking at old paintings and photographs. They even used authentic old bricks (by demolishing other “less important” cities around Poland, not very nice ;)

You can read more about the Warsaw Uprising on Wikipedia, or if you have a chance to go to Warsaw I highly recommend you to go visit the Warsaw Uprising Museum (free on Sundays but when we visited it was packed!). The museum is very interactive, and full of documentaries narrated from the people that lived and fought in the Uprising (everything is in polish and english).

The Old Town (Stare Miasto) is also great to visit, just walk around, take in the sights and try to spot as many painted walls as you can, there are a lot :) 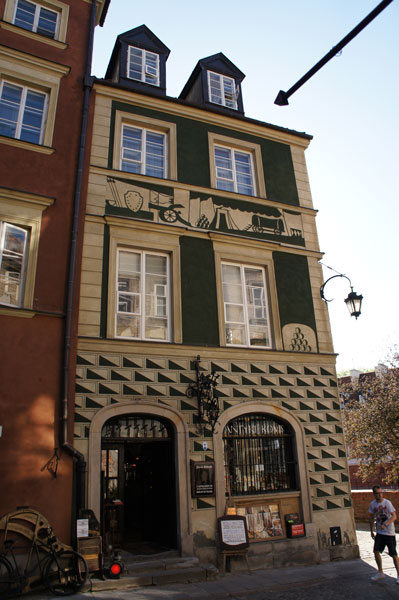 And finally get lost in the old Jewish Getto. Some of the old walls are still standing and in some places they decided not to rebuild so you can see a bombed building wall to wall with a housing complex. This was quite interesting to see and really gives you the idea of what happened here during the war. I was quite speechless, but living in Berlin I quite often get speechless in front of the horrors of WWII. 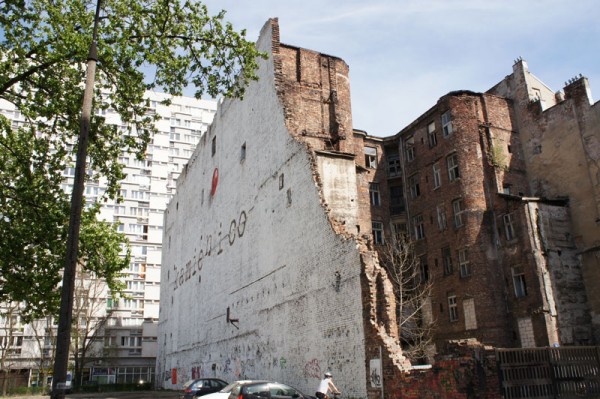 As usual I try to get into my trips a taste of authentic food. This time wasn’t an exception and while I was expecting onion soups and potatoes, Warsaw surprised me again with quite a few delicacies. Well, maybe I wouldn’t call them delicacies, the food is quite earthy, but nonetheless very tasty!

My favorite was Pierogi. Pierogi are half moon shaped dumplings typically filled with meat, cabbage or cheese. I tried them with 2 different stuffings: filled with meat, and with cheese and mushrooms. I also tried both the boiled ones and the ones fried in butter, I am sure you can guess which one were my favorite… yes, of course the butter fried Pierogi :P Sadly I didn’t have a chance to try the sweet Pierogi, they stuff them with strawberries and it seems like they only make them when strawberries are in season (that is not earlier than July in Poland).

Pierogi are now in my to-do list of things I should try to make at home. They seem quite easy to make and I must try the sweet ones!

I also enjoyed very much Placek and Kopytka. Placek are large potato pancakes made by grating potatoes mixing them with eggs and seasoning and then frying them in the shape of a pancake. I had mine in a lake of mushroomy cream: delicious! The smaller version is called Placki and is usually served with sour cream. 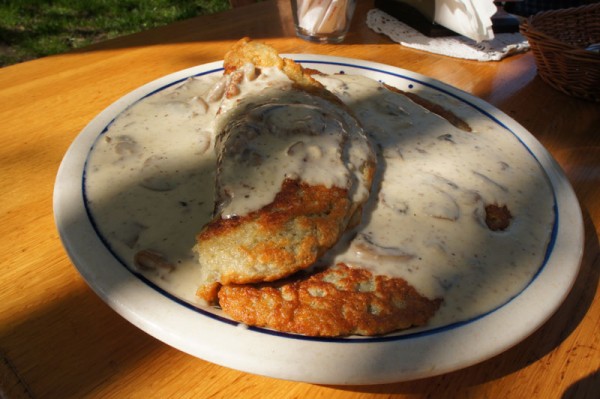 Kopytka are yet another version of dumplings. Very similar to Italian gnocchi, kopytka are usually baked and served as a side to meat or an addition to sauces (like goulash). 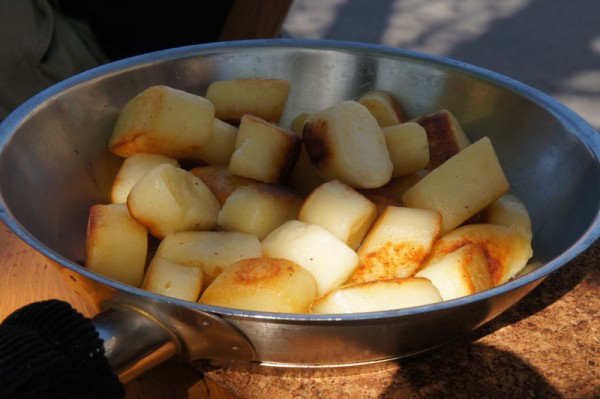 And finally cake: Sernik! Soooo good! Sernik is a kind of cheese cake but there is no cream cheese (i.e. Philadelphia) in it, it is made of polish creamy cheese. The base and the topping can be of many different kind, usually fruit or chocolate. Once I had sernik with a chocolate base and coconut flavor and in another occasion I had it with the usual crashed cookies base and a thick layer of strawberry jelly. Both were just amazing!

No trip to a country is complete without stopping at the grocery store to buy some local chocolate :) I discovered that candies are quite different in each country, nevertheless they are always very good! From a grocery store in Warsaw I got: Prince Polo, Trufle and sezamki. Prince Polo are chocolate wafers. Trufle are alcohol filled chocolate candies. And Sezamki are bars of sesame covered in caramel. I also really wanted to buy Ptasie mleczko, a milk mousse covered in chocolate icing, but I couldn’t find them :(

Typical polish food is much more vast than what I had a chance to try in my trip so consider this only a tasting and take a trip to Poland to check out their cuisine for yourself!

Leave a Response to Erika