Back from a short vacation hiking in the Dolomites where I ate till I dropped (almost) dead, I find myself thinking about the amazing omelette filled with redcurrant that I enjoyed in Val Pusteria. I am sure you would like a picture of that awesomeness, but sadly even when I remembered to place the camera right next to me when sitting down at a restaurant, as soon as the plate touched the table I had already a spoonful of food in my mouth and I would remember about the picture only when my stomach was full!! Hey I said I went hiking, remember? I needed every single calorie… more or less :P

So, to recall the delicious taste of the omelette I decided to post a recipe with redcurrant preserve. This is a delicious crostata that I must make again soon, the hubby also enjoyed it very much and he is not usually a big fan of fruit preserves. This recipe is very similar to the one for Linzer Torte, a crostata from the city of Linz, Austria. The crust is flavored with cinnamon and quite different from the usual “frolla” used for crostata pies, it remains crisp and crumbly.

For my crostata I used apricot preserve, but here is a tip: you can find redcurrant preserve at IKEA! 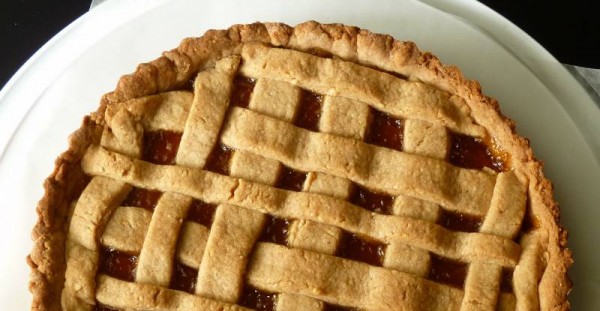 Cut the butter in chunks and soften at room temperature.

Mix the butter and sugar with an electric mixer, until soft and creamy (Picture 2).

Add the yogurt and mix some more.

Knead quickly, make a ball, wrap in plastic (Picture 3) and rest in the fridge. The dough will be soft, it needs to chill before you can roll it. 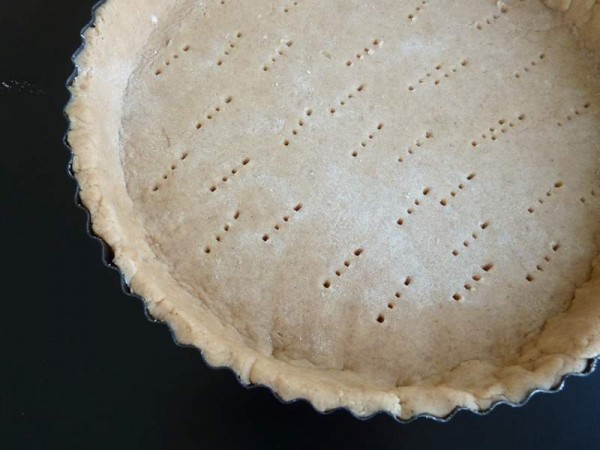 Roll 2/3 of the dough and lay on a buttered and floured crostata pan (28 cm, 11″ in diameter). Cover the bottom and the sides.

Prick the bottom with a fork and then spread the preserve evenly.

With the remaining dough make long strips and form a lattice over the crostata.

Let cool and enjoy its spicy flavor and the combination of sweet crust and bitter preserve. 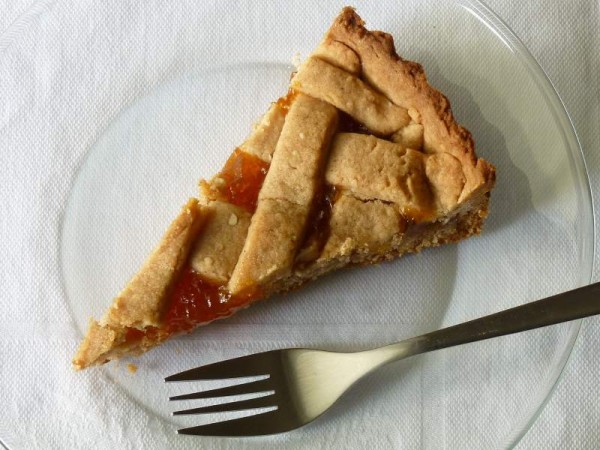 Leave a Response to Nati