You are here: Home » Travel » Rome

I thought for a while about this title: New Year in Rome, trip to Rome, Rome and Italian food, Amazing Rome… They all fit but none quite captures it. So just Rome, if you’ve been in Rome you know what I mean, if you haven’t been in Rome I hope you will have a chance to go because it is just stunning.

This was my first trip to Rome and I can’t wait to go back! I am as in love with Rome as I was with Paris after my trip there. The only difference is that after the trip to Paris, while I was super happy, I also felt robbed. Not literally, nothing got stoled, but everything was so expensive. I remember paying some 10 euros for a hard, half burned sandwich! In Rome I found that everything was just the right price, we ate well and payed the right amount.

It was an amazing trip, my favorites have been the audio-guide of the Pantheon (it was build in the 126 AD, and it is still standing in all its majesty!) and the video-guide of the Fori Imperiali, Imperial Fora, only ruins remain to this day but the ruins don’t fail to show what once was Rome, stunning! Oh and the churches! The gold all over, the statues, the painting, the ceilings, the columns and even the floors where of a beauty hard to describe, not to mention their size! Wow, just wow! And some of them have some 2 thousand years on their shoulders! 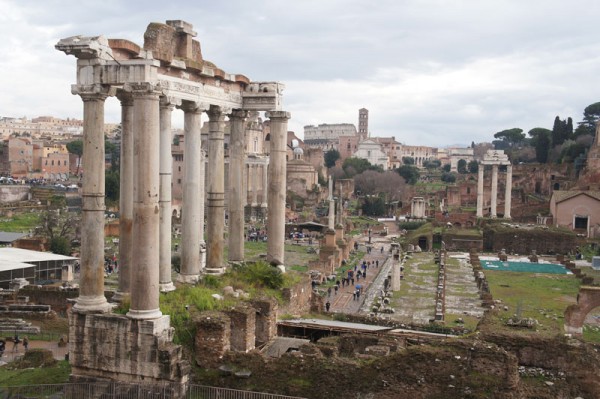 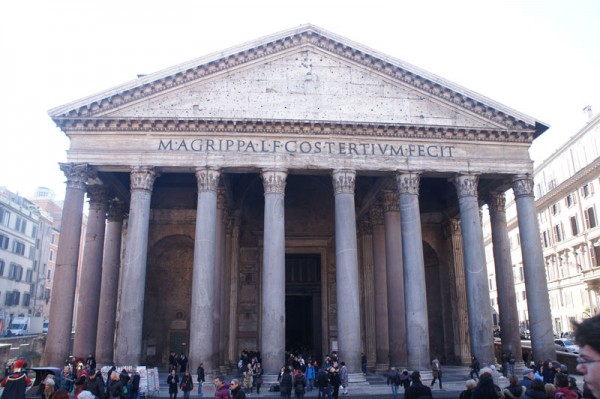 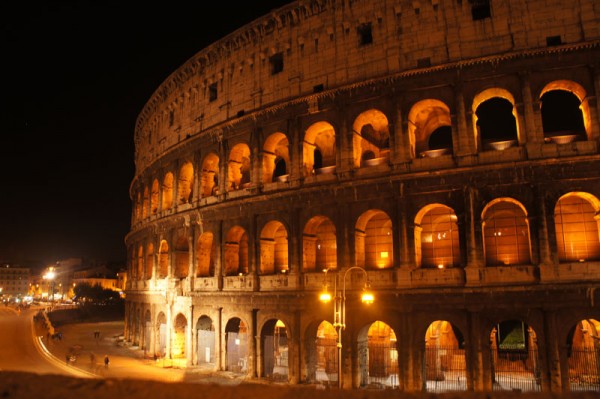 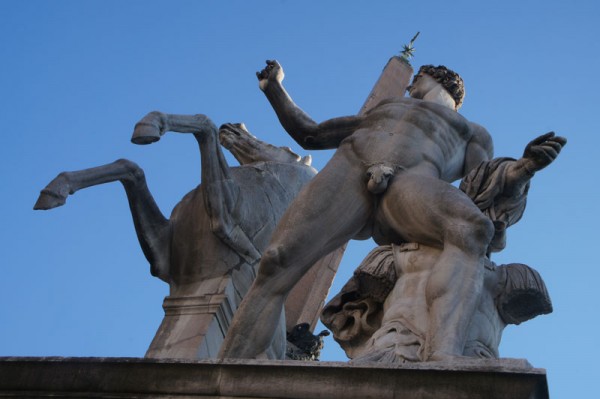 But on to the food. We didn’t eat fancy food, nor did we eat sandwiches, we just ate good Italian food, a lot of pasta and tasty bread :) We didn’t eat only specialties from Rome, but everything was strictly Italian. Here is what we had:

Literally olives from Ascoli Piceno, a city in the Marche region of Italy, but in practice so much more than olives! This is my favorite italian appetizer! It is made of a pitted olive, stuffed with ground meat, that breaded and fried. DE-LI-CIOUS!

A typical appetizer in Rome Supplì are pear shaper fried rice balls. The rice is mixed with tomato sauce and in the center of the pear is positioned a cube of cheese. Yummy!

Scamorza is a typical italian cheese, it is one of my favorites! It is a close cousin of mozzarella but harder. In this case we had it smoked, it was then sliced and oven baked and finally topped with the very prelibate (very fat) lard from Colonnata.

Garganelli are typical of the Emilia Romagna region of Italy (around Bologna) and are a kind of egg pasta with a peculiar shape. They are a square of pasta rolled on itself in such a way that it becomes similar to penne, you can see a close up below. The sauce was made of shrimps, saffron and cream. Fresh and delicious! 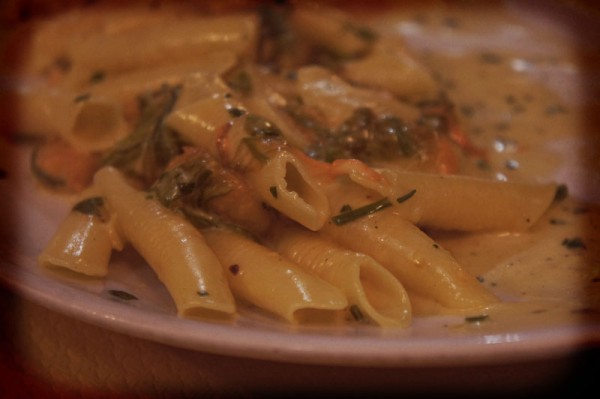 100% from Rome and very popular but still I never had the pleasure to try this sauce before. It is made of fried bacon (pancetta) and tomato sauce. Tortiglioni is the shape of pasta, these are large tubes.

More than 100% from Rome Tonnarelli cacio e pepe are the most Roman dish I know. Tonnarelli is a type of pasta, almost like spaghetti but very thick. Cacio is cheese and in this case it can’t be anything other than pecorino romano. And finally pepe, pepper. That’s all there is to this pasta dish, and to make it just right is not as simple as it seems ;) In the pic below you can see them served with truffle. 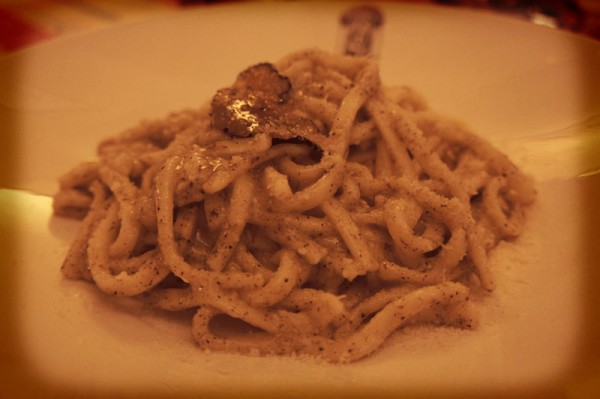 Spaghetti with clams is a classic, my mom made them for Christmas and they were delicious, even better than the ones I had in Rome where sadly they overcooked the pasta.

Carbonara is a sauce made with fried bacon (pancetta) and runny eggs (and sometimes a bit of cream or milk) dusted with a good amount of pecorino cheese (from Rome) and black pepper. I make it often but I usually serve this sauce with spaghetti, I had never tried it with pappardelle wich are a large ribbon of egg pasta. 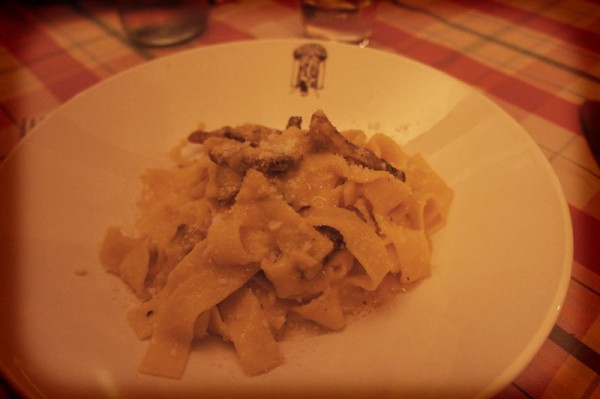 Italy has 2 major styles of pizza, one is thin, flat and crispy, and the other is thick, chewy and bready. Pizza Napoletana, from Naples, is of the second kind. With our Italian pizza we had Italian drinks, a Nastro Azzurro beer and a Gazzosa, sparkling water flavored with lemons from Amalfi.

My favorite restaurant was in Trastevere, Cave Canem. It offered all the classics and had plenty of options. Everything we ate tasted great!

Have you ever been in Rome? If not you MUST go! I can’t wait to be back!

One Response to Rome